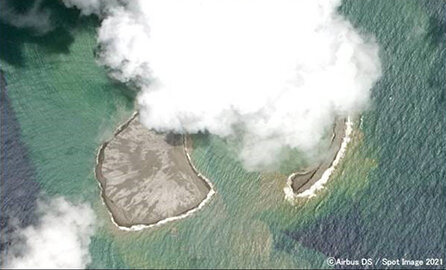 On August 13, 2021, an eruption was confirmed for the first time in 11 years since February 2010 (Fig. 1)* at the submarine volcano "Fukutoku Okanoba" in the south of Iwo Jima and north of South Iwo Jima in the Ogasawara Islands. 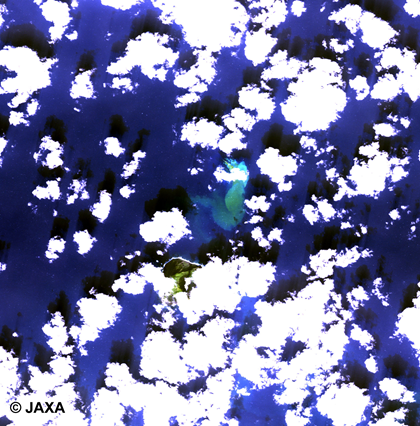 After the eruption 11 years ago, it was submerged and became a Guyot** with a shallowest water depth of about 25 m. However, an eruption of a submarine volcano was confirmed on August 13.

Figure 2 shows an image of the SPOT satellite taken near Fukutoku-Okanoba. Clouds look white. You can see the yellowish brown and milky white discolored water on the north side of South Iwo Jima. 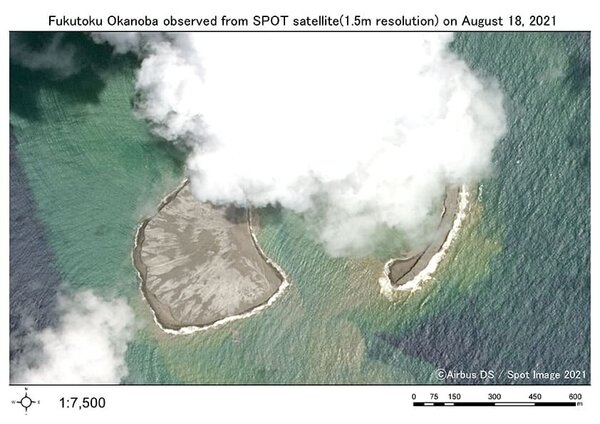 **A guiyot is a seamount with a flat top.

***You can order from here!
https://www.satim.co.jp/satellite/spot/spot6-7/