On June 12, 2009, Sarychev Peak, which is located on Matua Island in the Chishima Islands (Kuril Islands), began to erupt. Since volcanic fumes reached higher than 10 km above sea level, airline companies had to change their flight schedules and routes. 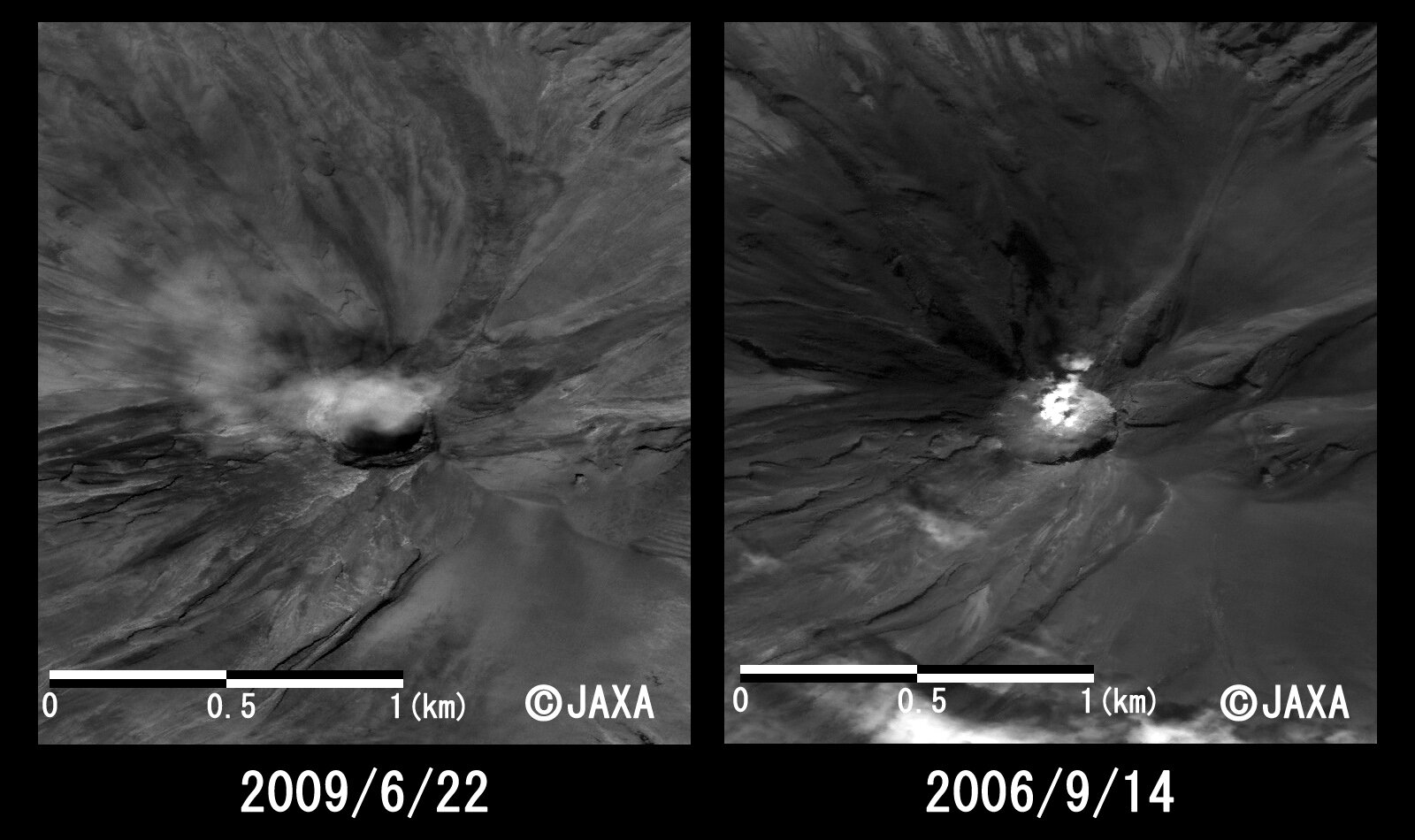 The color image is created from the images of PRISM and AVNIR-2, which are the sensors of "Daichi", and you can see the state of the ground surface in more detail.