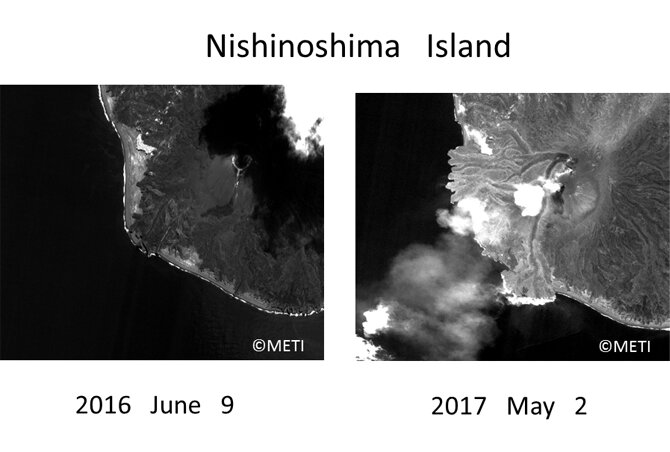 Fixed-point observations by an earth observation satellite are used for the abstraction of changes caused by the disasters and the constructions etc.

Nishinoshima Island, a small island in Pacific Ocean, made several eruptions and its figure were drastically changed. It restarted the eruptions again from April 2017. It made the new changes in its shape. Some lava flew down from the top of the mountain to the southwest, and it made two lava rivers to the sea. 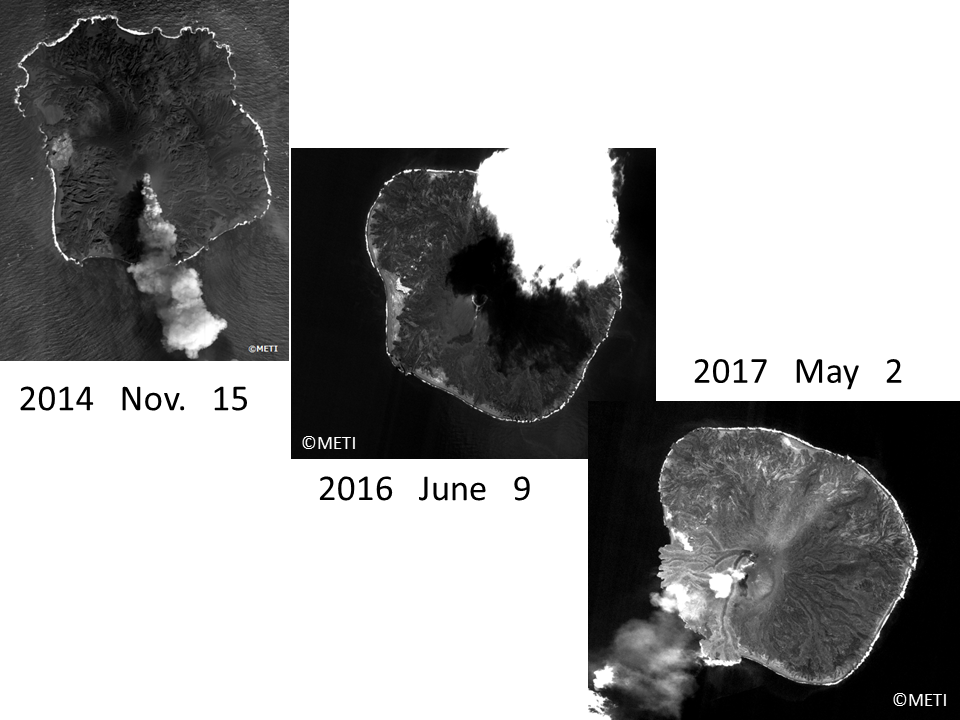 The changes from 2014 are shown above. The big changes were till 2016 and now new changes started in 2017. Satellite observation where some dangerous places like volcano is one of the useful points of satellite.

Another example is the Japanese ancient city, Kyoto where many roads are crossed. Not so drastic change is seen in Kyoto but we can distinguish some changes using detail images. 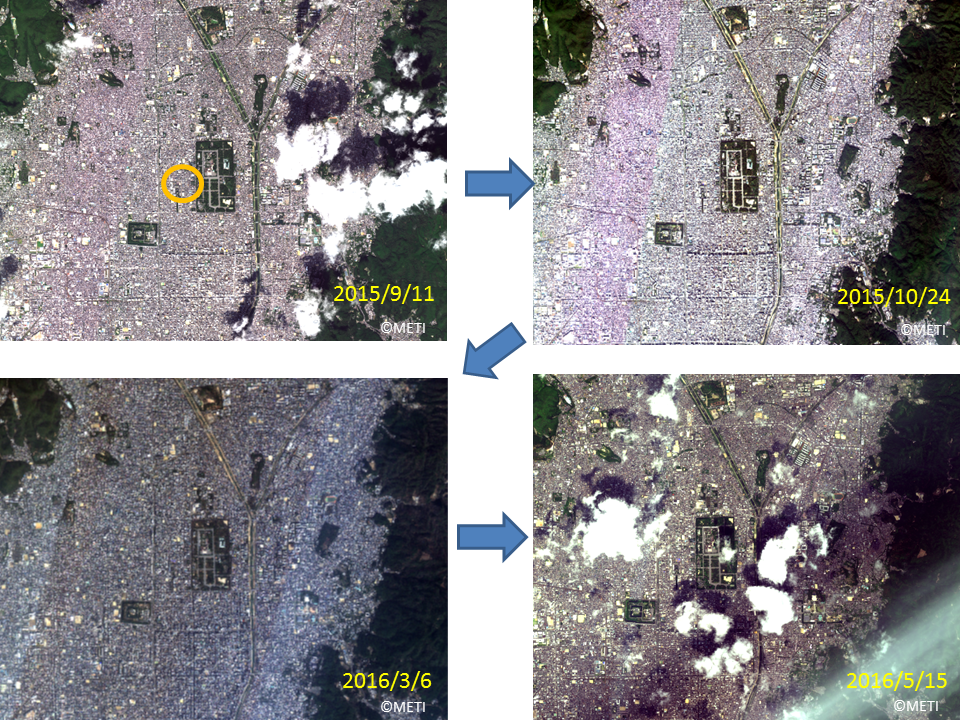 Enlarged images of orange circled area of above is shown in the below. Compared these images shows some buildings were teared down and after that excavations were followed. Kyoto is an ancient city and some times this kind of things happens. 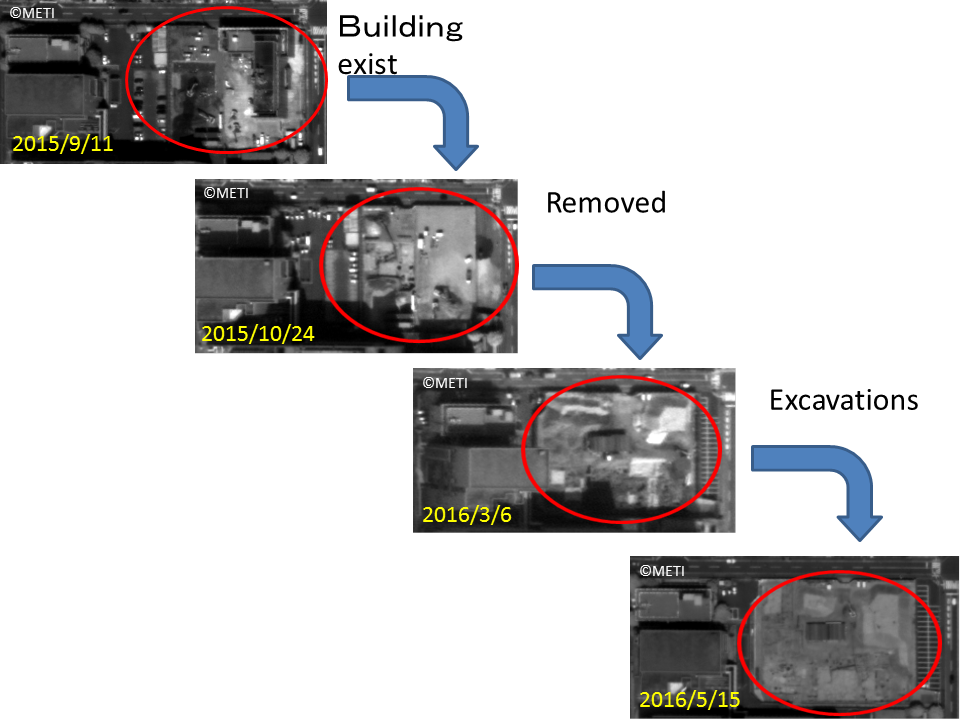