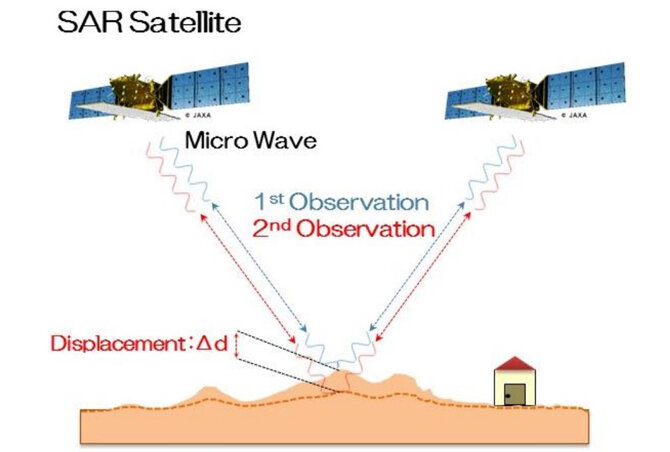 Synthetic Aperture Radar (SAR) allows you to obtain the "phase" of reflected waves in addition to the intensity of radar reflected waves from objects on the surface.
By conducting two SAR observations on the same location on the surface of the earth and interfering with them to make a difference, it is possible to use information on distance differences of several millimeters to several centimeters. This is the principle of Interferometric SAR (InSAR).
By applying this principle, it is possible to observe crustal movements associated with land subsidence and natural disasters.

It is possible to measure the displacement of the ground surface (how much the ground moved) from the difference of observation data (reflection information) over multi temporal, more than two times, observation periods (Fig. 1). Such analysis method is called InSAR analysis. This analysis method is particularly used in the fields such as ground change monitoring and estimation of urban changes. Fig. 2 shows the ground change estimated by InSAR analysis using the observation data before and after the 2016 Kumamoto earthquake disaster in Japan. It can be confirmed that the fluctuation occurred along the fault from the epicenter. 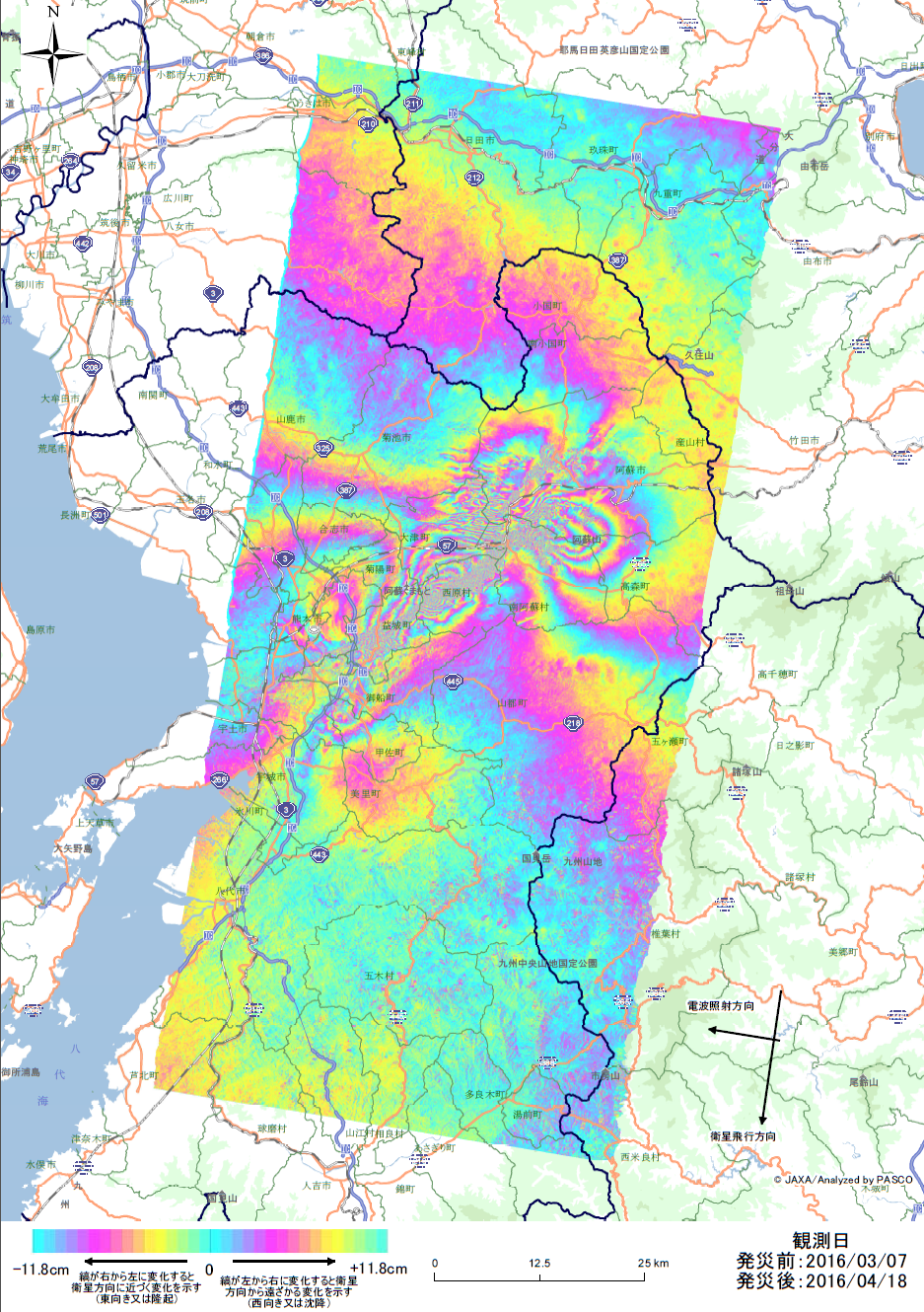 Interference SAR analysis is a technology that acquires displacement information such as subsidence and uplift of the ground surface by interfering with radar satellite data of multiple periods obtained from the same orbit. By using phase information, it is possible to grasp the displacement of several mm to several cm, which is a technology unique to radar satellites as a type of satellite analysis.