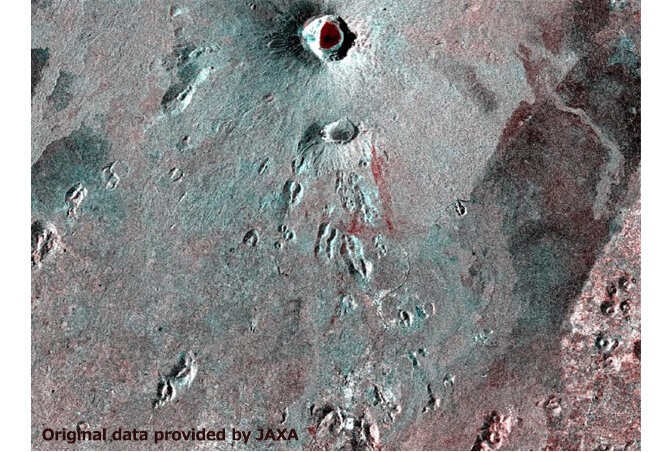 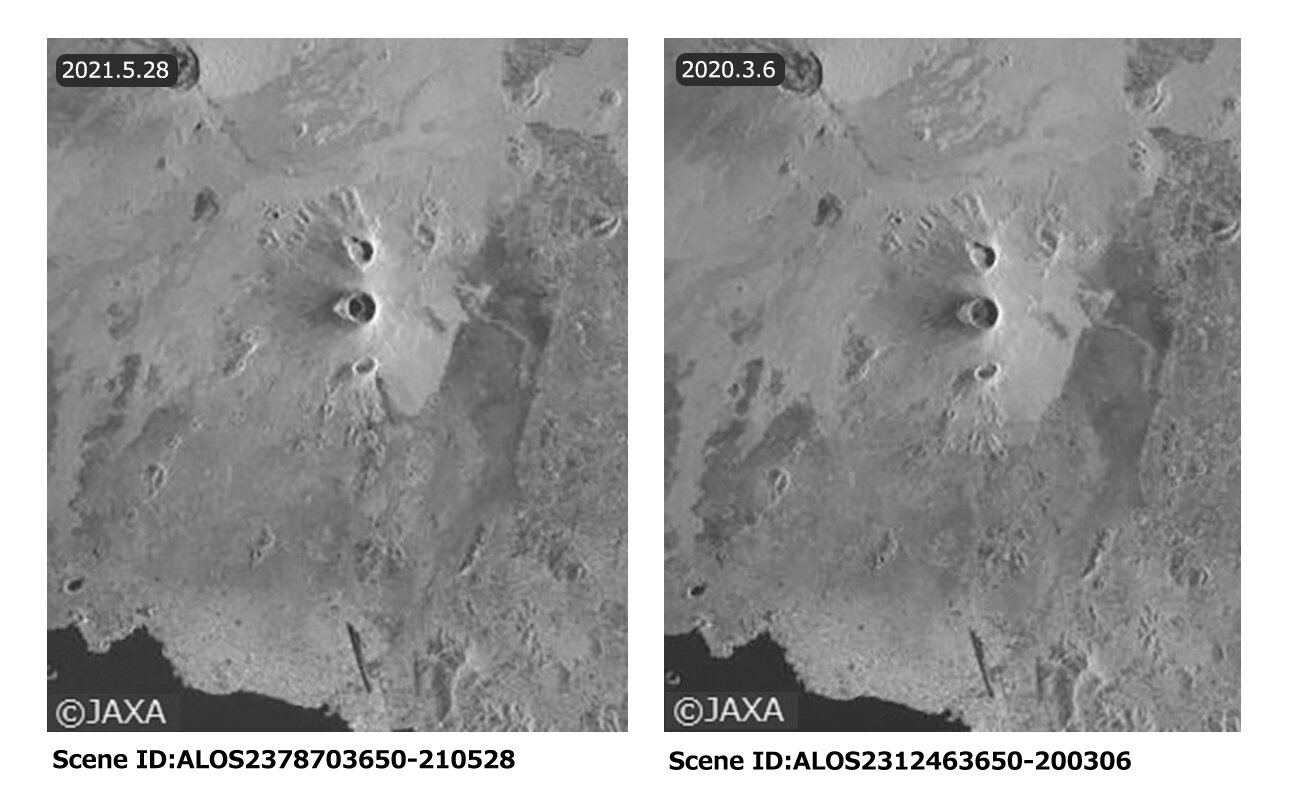 Nyiragongo volcano in the Democratic Republic of the Congo erupted on May 22, 2021, and lava flows have caused enormous damage in the nearby city of Goma. The lava flow has reached Goma Airport near Lake Kivu, and local authorities have announced that 400,000 people have been evacuated.

PALSAR-2 sensor: Can capture the situation through clouds and eruptions

The figure above shows the side-by-side image of ALOS-2 observed near Nyiragongo volcano on May 28, 2021 (left) and the image observed on March 6, 2020, before the eruption (right).
Since The PALSAR-2 sensor installed in ALOS-2 observes with a long wavelength of L band (1.2 GHz band), the radar can grasp the situation of the crater of a volcano and the disaster area through clouds and volcanic smoke.

The figure below is an image taken by the European Space Agency ESA's Earth observation optical satellite (Sentinel-2) on June 1, 2021 (left) and the composite image of ALOS-2 imageries both on May 28, 2021 and March 6, 2021 (right). In the composite image of the two periods, the pixel displayed in red is the part where the backscatter is reduced. In both the left and right images, changes appear near the crater and near the airport. 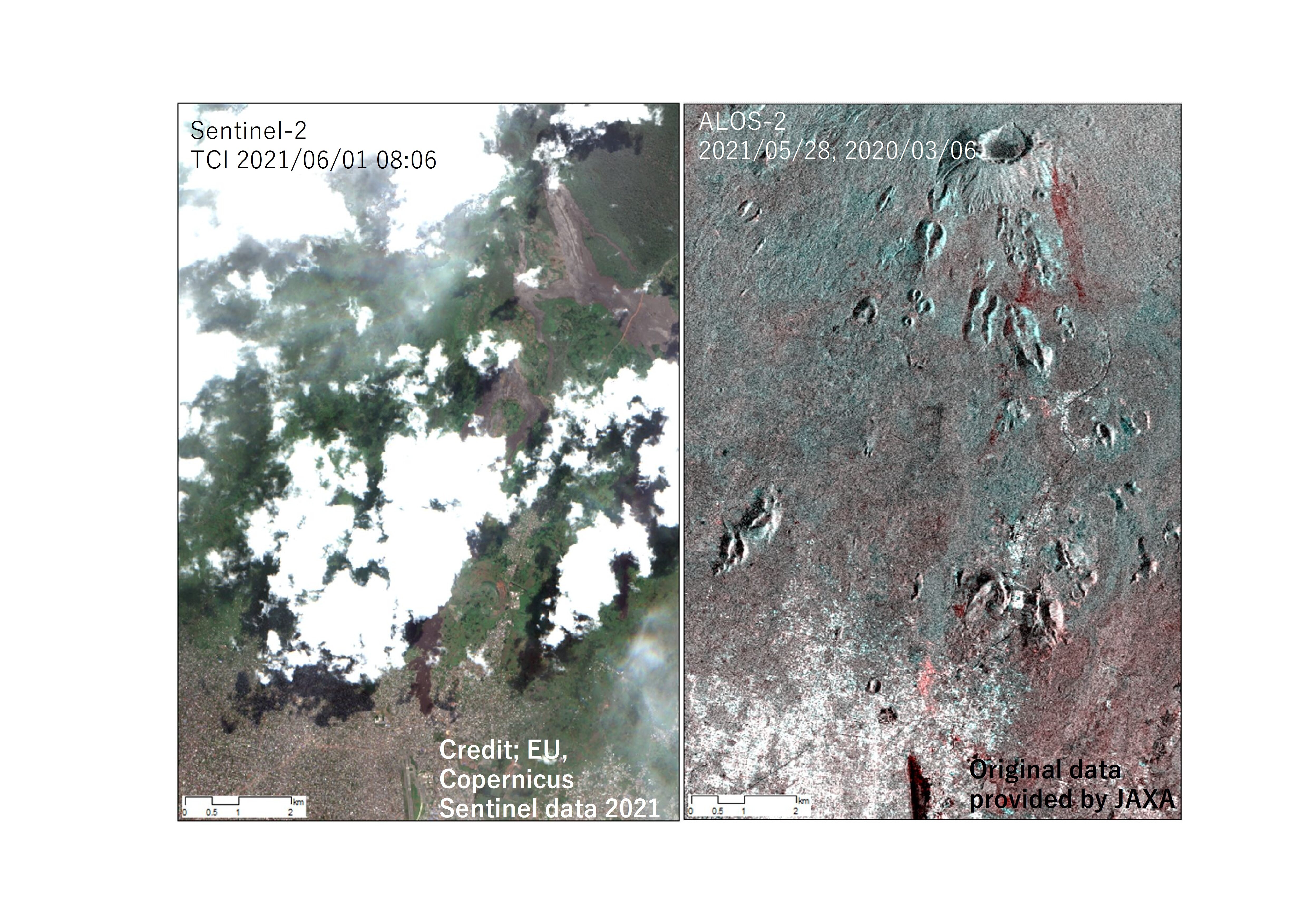 If you are interested in the above image, we can provide it as a sample image, so please describe "Congo Volcano ALOS-2 Sample Request" in the detail inquiry of “Contact us”.(Provided target: with scene ID)