What is Scene Shift?

If there are multiple scene frames continuously acquired in the same day with same observation condition (observation mode, polarization, and off-nadir angle), you can shift scene to cover your AOI in 1 scene. In case there is AOI consisting of 2 scene frames, use Scene Shift when you purchase the image.

In the figure on the left below, the orange frames show example of images that are continuously acquired with same observation conditions in the same day, and the light green frame shows the image range that can be ordered using shift. 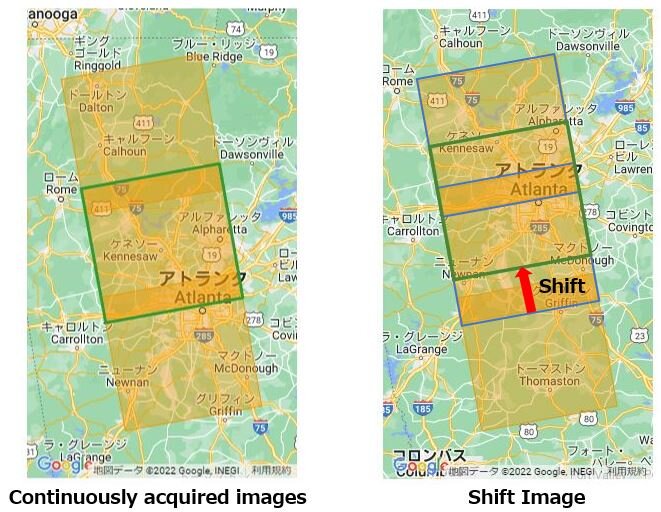 You can specify the Scene Shift parameter from [ -5] to [+4] values. Since the observation scene length differs by its observation mode, the distance of [1] shift changes. And the Scene Shift direction changes depending on satellite flying direction (Ascending / Descending) as you can see in the table below. The shift value is a positive number (plus value) in the satellite direction. 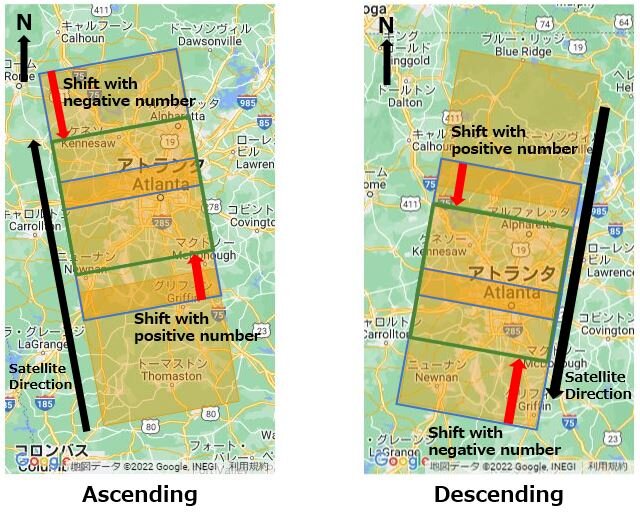 For example, if you specify [+2] as Scene Shift value in Ascending, the image to be delivered is shifted to northward. When using Scene Shift, you need to check your AOI and scene frame on the map and specify appropriate Scene Shift value.