In June 12, 2009, the volcano Saluchev on Matua Island in the Kuril Islands erupted, and the eruption began to spread after June 15, after which the height of the eruption reached 10,000 meters and began to affect aircraft operations. 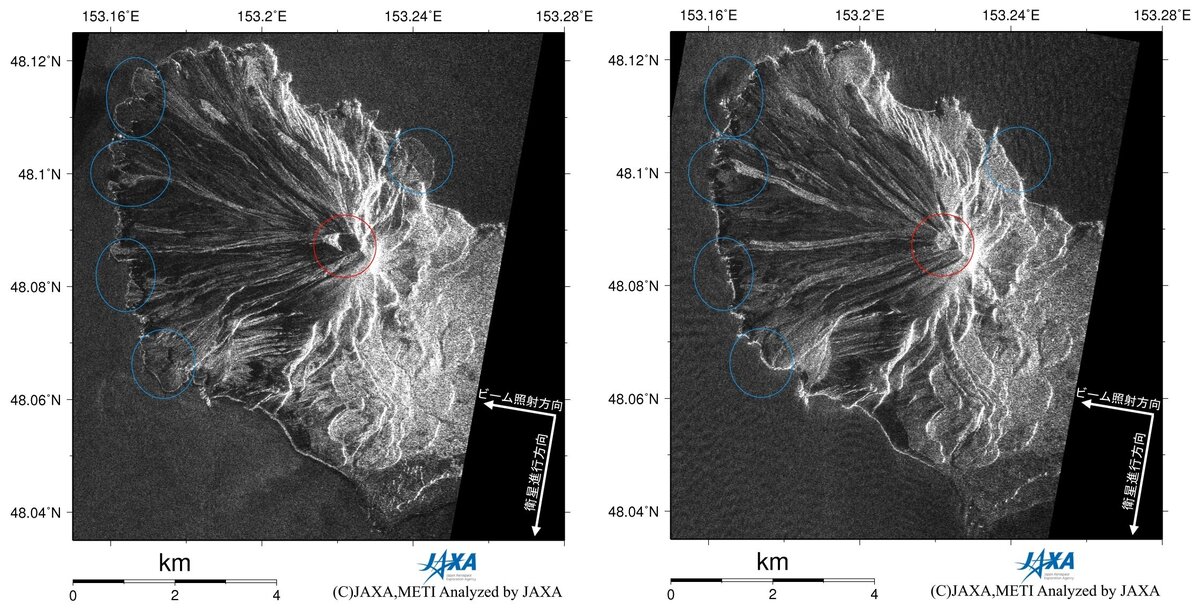 The color image is created from the images of PRISM and AVNIR-2, which are the sensors of "Daichi", and you can see the state of the ground surface in more detail.
The urgently observed images were provided to the Japan Meteorological Agency. 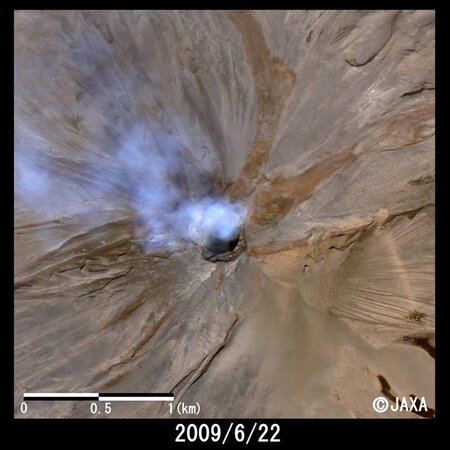 ※This article is based on information from 2009.
※Source: JAXA