On 15th January, 2022, a large-scale eruption was confirmed at the submarine volcano Hunga Tonga Hunga Ha'apai, located about 65 kilometers north of Nuku'alofa, the capital of Tonga.

The volcanic smoke is said to have spread up to 20,000 meters and a radius of 260 km.
Japan's earth observation optical satellite ASNARO-1 acquired images of the volcano and near the capital, Nuku'alofa.
Following image shows that most of the 285 hectares of volcanic islands may have disappeared. 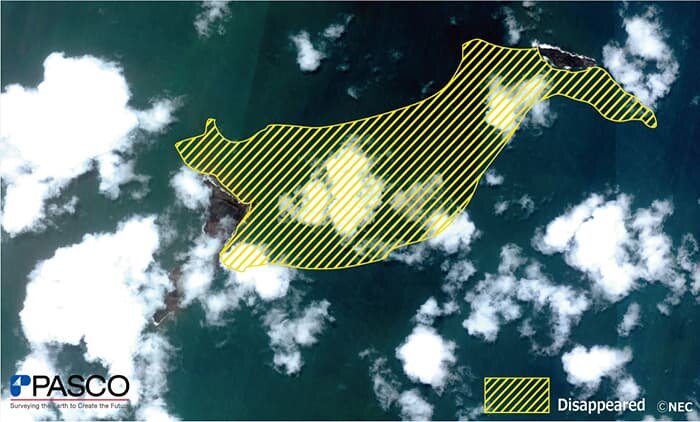 Comparing images of Tonga's coastal areas before and after the volcanic eruption, you can see that volcanic ash has accumulated mainly in the north. Below are images of the solar firm located in the northern coastal area and its surroundings.

In the beginning of February, the volcanic ash on solar panels was mostly removed, indicating that the restoration is gradually progressing. 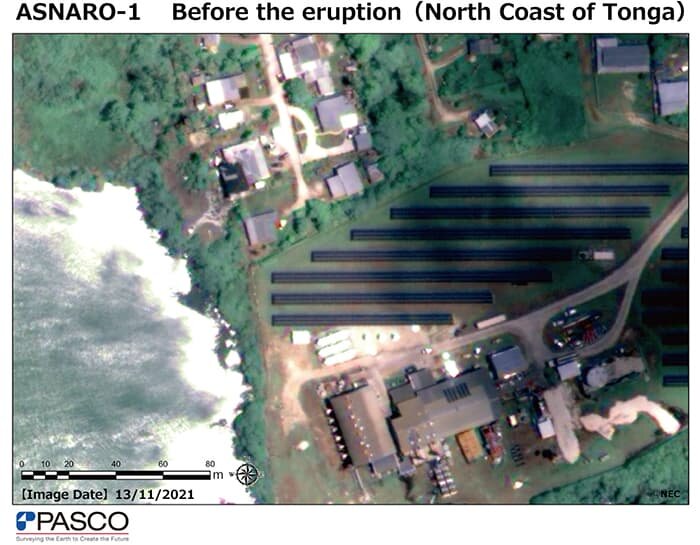 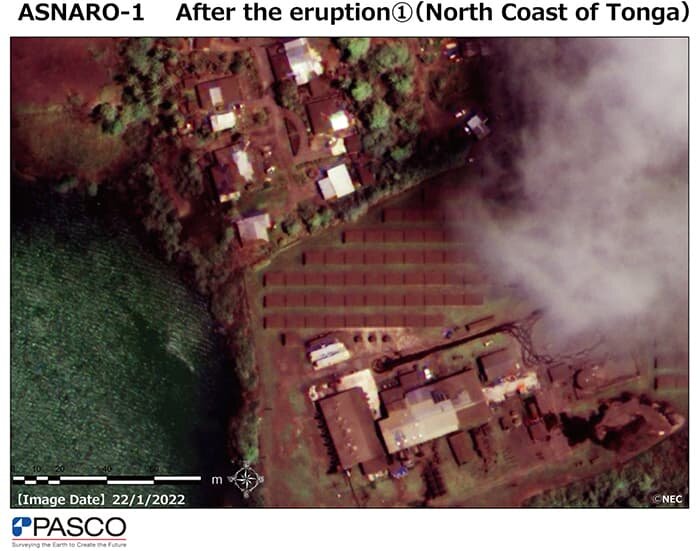